Works to complete structural failure replacements and upgrades to over 500 lighting columns across the county of Buckinghamshire are coming to a close with Transport for Buckinghamshire and J McCann and Co. Ltd collaborating to deliver the improvements within a three-month project programme.

Working in partnership, both teams have completed the removal and reinstallation of the identified lighting columns, alongside the full transfer of District Network Operator cables. New lanterns and isolators have also been installed and a full electrical test carried out to ensure the apparatus meets current standards.

Replacing these columns will vastly reduce energy consumption, creating an electrical saving for Buckinghamshire Council. LED street lighting technology is being adopted by many local authorities across the UK in a bid to reduce the UK’s carbon footprint, providing lower network operating costs and creating a safer environment for both pedestrians and road users.

Our team is experienced with LED street lighting projects with term maintenance contracts in place in Calderdale, Hillingdon and North and North East Lincolnshire. We also completed year one of a four-year PFI contract in Birmingham City Centre in April 2020.

Our Contracts Manager Marvin McGill is delighted to see the business expanding its portfolio of lighting replacement contracts into Buckinghamshire and appreciates the benefits the project will bring to both TfB and local residents.

“When we found out that we were successful in our tender to work with Transport for Buckinghamshire, as part of its continued rollout of Buckinghamshire’s LED street lighting asset, we were really pleased,” says Marvin.

“TfB has invested significant resources into these upgrades over recent years and 2020 will see another major milestone in the county’s transformation to reduce energy street lighting infrastructure as it vastly reduces its wider impact on the environment to create a more sustainable future.”

Nick Naylor, Cabinet Member for Transportation at Buckinghamshire Council added, “we are keen to embrace technologies such as LED lighting to reduce our county’s environmental impact and so this programme is good news for our residents and the county.” 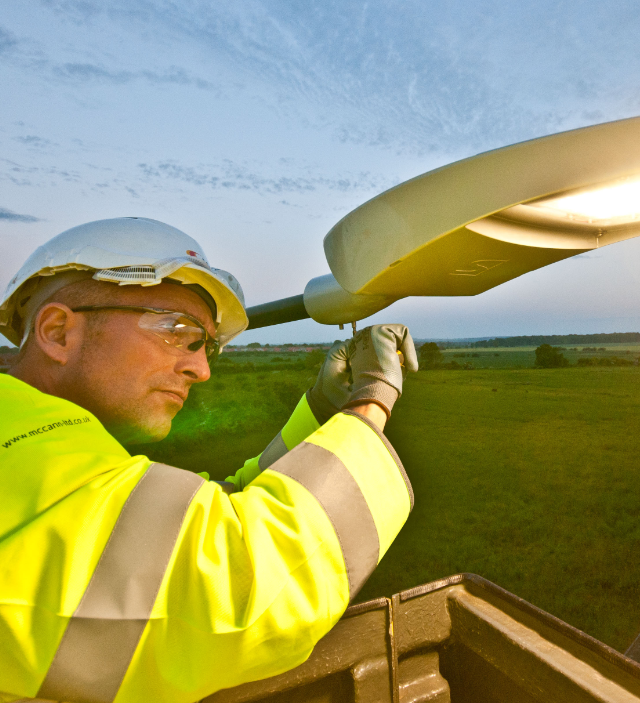