Our team is completing substantial works for one of the UK’s biggest light rail projects, the Birmingham Westside Metro extension, as we install state-of-the-art energy saving LED lighting works for the Midland Metro Alliance.

The first phase of works to extend the light rail line through Birmingham City Centre were completed ahead of schedule in December 2019 when the Library tram stop opened in Centenary Square.  Phase two is now underway to extend the network further west to Edgbaston.

Midland Metro Alliance, who is designing and building the route on behalf of Transport for West Midlands, has continued to construct the landmark project during the Covid-19 pandemic with strict adherence to government and industry regulations.

Extensions to the West Midlands Metro network are underway across the West Midlands, including in Wolverhampton, Sandwell and Dudley and further east of Birmingham City Centre to Digbeth. The lines are being developed at present to improve accessibility and support economic and population growth by linking jobs to people more efficiently within the region, while also helping connect the Metro to the heavy rail network. The Birmingham Eastside Metro extension, for example, will provide quick connections to the new HS2 rail network.

The Metro currently provides a sustainable transport service for Birmingham and the Black Country while reducing environmental impacts on air and noise pollution. A key benefit of all the planned extensions will be the easing of congestion on the region’s roads and more efficient journey times when compared to travel by private vehicles.

As part of the ongoing works on the Birmingham Westside Metro extension, we’re responsible for the installation of LED lighting, feeder pillars and associated infrastructure and technology while checking existing lighting columns for potential structural defects.

As a result of the lighting and cabling upgrades to the new line, both pedestrians and trams will benefit from improved visibility along the route – including the city’s popular entertainment district, Broad Street. The cost of the works being carried out by McCann totals in excess of £190,000 and we’re expecting to finish lighting improvements on the line by March 2021 ahead of the route opening to passenger service later that year.

The difference the Westside extension will make to the city of Birmingham and the surrounding areas is significant and one that is recognised by our Project Manager, Walter Webb.

“We’re incredibly proud to be continually demonstrating our expertise in this area through a variety of projects across the UK for major contractors and customers such as the Midland Metro Alliance and local authority partners,” says Walter.

“Through the installation of LED lighting and the technology to support it, we’re creating a safe environment for people and trams in Birmingham along a route which will unlock financial growth for the city and the local area. There’s also the added benefit of an energy efficient lighting solution which will reduce light pollution and provide substantial cost savings for the city,”

This is not the first tram extension project that our team has worked on, after previously delivering works as part of phase two of Nottingham’s NET tram network back in 2014 to connect the city to the suburban destinations of Beeston and Chilwell. This included the installation of over 800 columns and associated electrical equipment, 400 lanterns, 1,500 traffic signs, CCTV masts, tram stop lighting and tram loop detectors.

“It’s fantastic to be collaborating on a scheme that will further evolve Birmingham’s transport network for the better long-term. We, alongside our partners at the Midland Metro Alliance, look forward to seeing the extended Westside line in operation next year.” adds Walter. 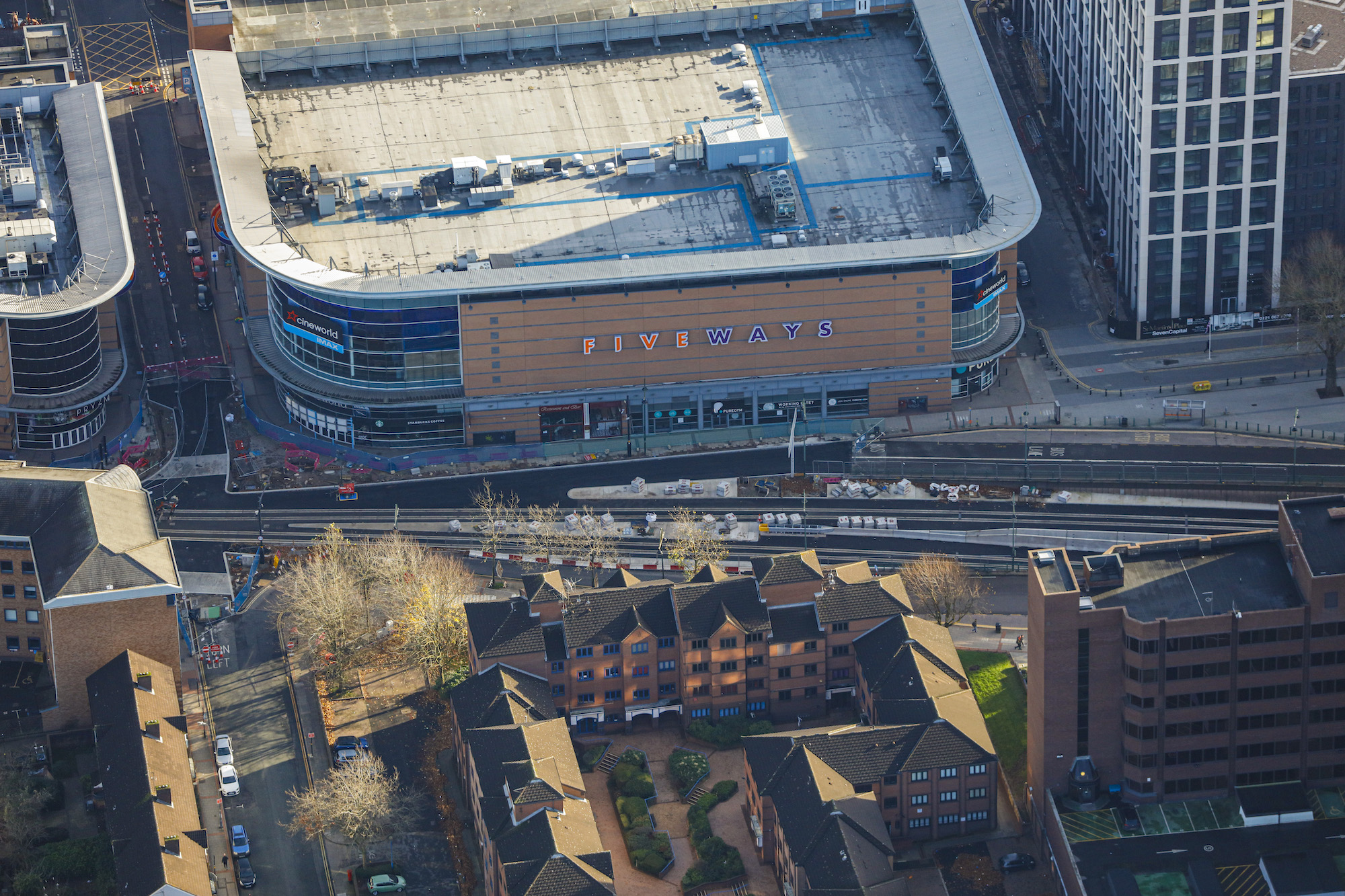