The benefits of teamwork and collaboration have helped to accelerate progress and overcome challenges, after we recently installed signage across National Highways’ Area 10 Clean Air Zone in Greater Manchester.

As part of our works within the Greater Manchester region, we’re supporting the delivery of its new Clean Air Zone (CAZ) which comes into effect from late May 2022. The purpose of the new Zone will be to reduce harmful air pollution on local roads and make the city-region safer for both local residents and road users. McCann are working not only on the CAZ scheme for National Highways but also directly for Transport for Greater Manchester through the mobilisation, installation and maintenance of the appropriate signage.

Commercial and passenger vehicles emitting high levels of pollution will be required to pay a daily charge to travel within the Zone – similar to London’s congestion charge. Government funding has been made available to help eligible Greater Manchester businesses, organisations and individuals make the switch to cleaner, more compliant vehicles, to avoid paying the new charge.

Our team, alongside key delivery partners, were commissioned to install 106 Advanced Direction Signs (ADS) within the new Zone. Both McCann and AE Yates completed the initial site investigation and surveys which ultimately informed the overall project design – completed by Amey Highways and Geotechnical Engineers. Out of the 106 signs installed across the Zone, 65 were assigned to McCann to the value of £2m.

The ADS installations have come with their challenges – a point which is not underestimated by James Sharp – National Highways’ Project Manager for Area 10.

“We’ve certainly encountered a few hurdles along the way but as a team, everyone has really pulled together to overcome any problems that have arisen,”

He continues, “One such example on the M58 saw us faced with a tricky barrier installation. The pre-existing barrier had been installed to potentially avoid street lighting cables, and these cables were then identified when clearing ground for the new barrier posts – alongside several other teething issues. But in the true spirit of collaboration, the team very quickly got together, put some options on the table and found a workable solution to overcome the problems and keep us on track,”

“I must extend a big thank you to the teams at National Highways, DSC, McCann, Chevron and Roocroft in this instance,” adds James. “In my view the response demonstrated CWF at its best and it’s thanks to examples such as this that the Manchester CAZ project has been such a success.” 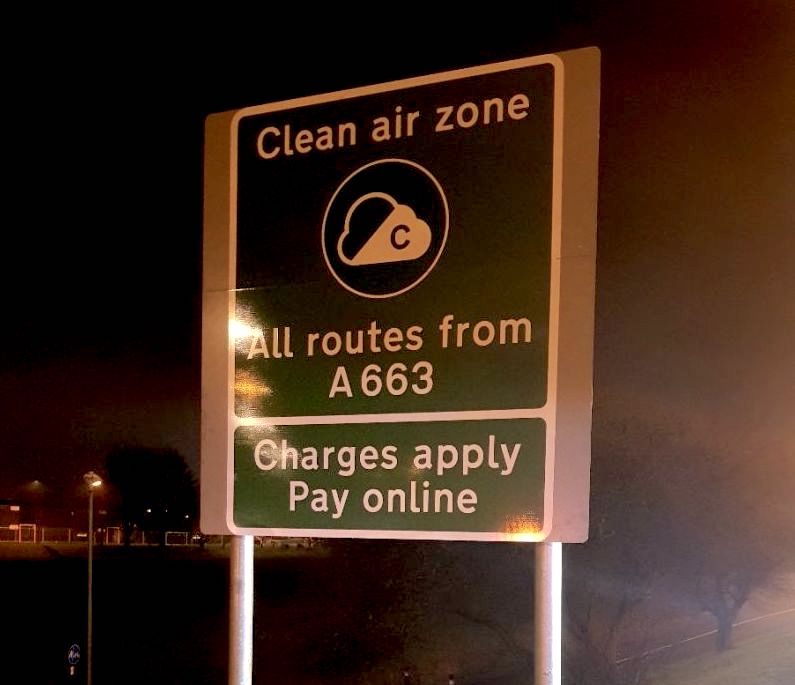