A four-year project to bring energy efficient LED street lights to Birmingham’s Housing amenity lighting has reached its first major landmark, after year one works were successfully completed by our team in April this year.

The non-PFI housing lighting maintenance upgrade project was awarded to us by Birmingham City Council in 2019 and will see an investment of £3.8m to upgrade and maintain 3,000 existing lighting units with modern LED lighting technology and associated infrastructure. Works started on 1st April last year with an expected project completion date of 31st March 2023.

It is the latest in a long line of notable LED lighting schemes awarded to the business with several projects already completed in Camden, Hillingdon and the Mall and Constitution Hill in London, as well as upgrades as part of the M62 J22 – 25 project in collaboration with Highways England.

Our team is also part way through sizable LED lighting contracts in Calderdale, North Yorkshire, as well as across North and North East Lincolnshire.

The cutting-edge lighting technology being installed in Birmingham will bring significant benefits to both City residents and the local authority as Paul Laythorpe, Highways Electrical Asset Manager for Birmingham City Council, goes on to explain.

“As with many local authorities across the country, we see the benefits of making a significant financial investment in order to bring the latest street lighting technology to our roads. Replacing assets that are beyond their useful life with energy efficient equivalents is not only cost effective for us, but also for our residents,” says Paul.

Paul and his team are happy with the progress made in year one and have found working alongside McCann straightforward in achieving successful delivery.

“The team at McCann has been a pleasure to collaborate with on this project. We’re on track to meet the deadlines set out at the commencement of the works and despite the environment we now find ourselves in, their approach has remained positive and dedicatedatall times to deliver what we set out to back in April last year.”

Tiz Gibson, our Local Authority Business Director, is delighted with the progress so far and sees this as another landmark project for the company to be involved with as it looks to remain at the forefront of LED lighting services.

“I think this project, alongside those in London, North Yorkshire and both North and North East Lincolnshire, demonstrates how far we’ve come in recent years – gaining all the necessary accreditations to work as principal contractor on major LED lighting schemes UK-wide,”

“The benefits of investing in LED lighting are considerable for all involved and this shift has been happening for a number of years now. It’s great to see because long-term it helps the country to reduce its carbon emissions dramatically while driving down the cost of operating the infrastructure for local authorities,”

He continues, “Our focus as a business is very much centred around maintaining the positive momentum we’ve generated in this area and we’re delighted with the relationship we’ve built with Paul and the team in Birmingham. It paves the way for a very bright future for the business as we strive to continue to be one of the leaders in lighting design, installation and maintenance in the UK.” 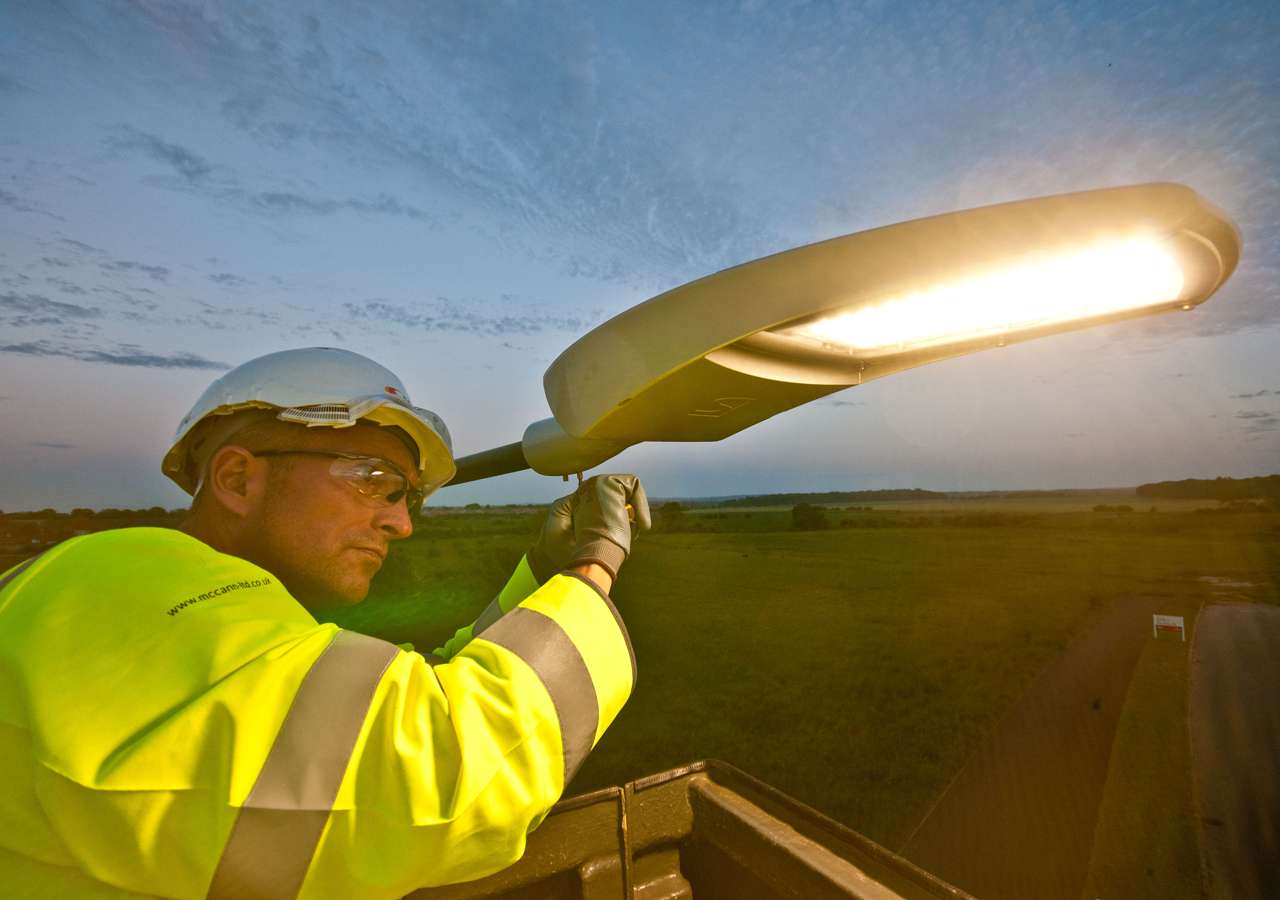