At McCann, we place tremendous emphasis on our ability to work together and support one another. For one member of our team, that support has also been found through a four legged friend who is helping her to regain her independence and achieve a better quality of life.

Naomi Caunce works as a Support Administrator for McCann on its Nottingham CityFibre contract. She is a classically trained musician, with a love for the arts running through her family, and suffers from profound deafness which has deteriorated as she’s got older. She started wearing one hearing aid at the age of twelve before being advised to wear two from the age of sixteen. She was then sadly forced to give up her career in music in her 30s due to her hearing and it was at this point that Naomi didn’t know what the next step in her career would be.

Eight years ago, things began to change for Naomi. She was awarded funding to go to Doncaster College and retrained in administration and IT, as well as picking up skills in design and photography. Despite some tough times following college where she struggled to gain work, Naomi didn’t give up and continued to pursue a career in admin, securing work experience with Calderdale Council for nine months where she worked alongside McCann who were delivering the LED Street Lighting Contract.

Naomi loved working with McCann and during her placement, she was informed that there was an administration vacancy available with the business – which she successfully applied for. She worked within our team for two years on the Calderdale LED street lighting project before going to Balfour Beatty on a temporary short term contract last year.

Naomi returned to McCann last November and has remained with the business ever since – now working on our Nottingham CityFibre contract.

It’s since her return to McCann that Naomi has pursued the idea of having a hearing dog to support her in her everyday life. As she goes on to explain, it’s only because of the support she has received from the team, that she has felt confident enough to make this big step.

“Being profoundly deaf does limit what I can do,” says Naomi. “It’s simple tasks many people take for granted such as hearing your alarm clock go off, or hearing something that might be a danger to you – for example a fire alarm,”

“When I began looking at the options open to me, I knew that deep down I always wanted a hearing dog. These dogs are specially trained to hear for you and alert you to things. Some dogs are trained to be both hearing and sight dogs – they’re incredibly clever animals,”

“I’ve had a cochlear implant for seven years which I thought might hinder applying for a dog, but fortunately it didn’t, so I began the application process four years ago which I was told could take up to three years to be approved. McCann fully supported my decision from the very start

“It was only recently – the day after my birthday – that I found out I was successful with the application, and that’s when I met Wren!”

Wren is a Cocker Spaniel and is specially trained to assist someone with hearing loss. He was provided to Naomi by Hearing Dogs for Deaf People, based in Buckinghamshire, a charity which trains dogs to support people with hearing loss, which are paid for through regular fundraising initiatives.

“Wren helps me with things such as hearing alarms or the microwave, or he can alert me to dangers such as when a fire or smoke alarm goes off. When this happens, he’s trained to nudge me and sit down next to me. Whereas if it’s my own alarm, he nudges me and leads me to the alarm so I know to turn it off. He also lets me know if the postman arrives at the door or someone is here to visit me,”

“Having Wren has really changed my life,” Naomi acknowledges. “Not only does he let me know when to do things or react to things around me, but he also offers companionship and gets me out of the house. I lived alone before I had Wren, so it’s easy to sit at home and not interact with anyone. You feel quite lonely at times. He is my best friend and I know I can rely on him in so many ways. I really can’t imagine not having him around,”

Only a handful of dogs are placed each year through Hearing Dogs for Deaf People, so Naomi knows how lucky she is to have Wren. The due diligence the charity has to go through before placing a dog with someone who needs support is time consuming, but done for all the right reasons, as she goes on to explain.

“Everyone at McCann has been great with me and with Wren. The team knows how much I need Wren to help me on a daily basis and everyone has been really accommodating. If I need to visit a site or one of our offices, then they put bowls of water out for him and make him feel comfortable. Everyone asks how he’s getting on and if I need any other kind of support. I really can’t thank McCann and Wren enough for everything they’ve done for me. The whole process has been truly life changing.” she adds.

For our Quality and Lean Manager Ben Feltham, seeing Naomi with Wren and understanding the difference he has made to her life is incredibly rewarding and he hopes that more businesses can accommodate similar needs for their employees.

“Naomi has been through many challenges, so when she first mentioned to us that she was thinking of applying for a hearing dog, we were right behind her!” he explains.

“It’s easy to forget what it must be like to not have one of the main human senses. Many of us take the ability to hear for granted but the obstacles that Naomi faces every day are real – and Wren is helping her overcome those challenges and give her a better quality of life both in a personal and a work sense,”

“Any business should be accommodating of such needs if they truly value their people,” Ben continues. “We are incredibly proud of Naomi. Her resilience is an inspiration to everyone, and we are delighted that she now has Wren to help her on the journey ahead.” 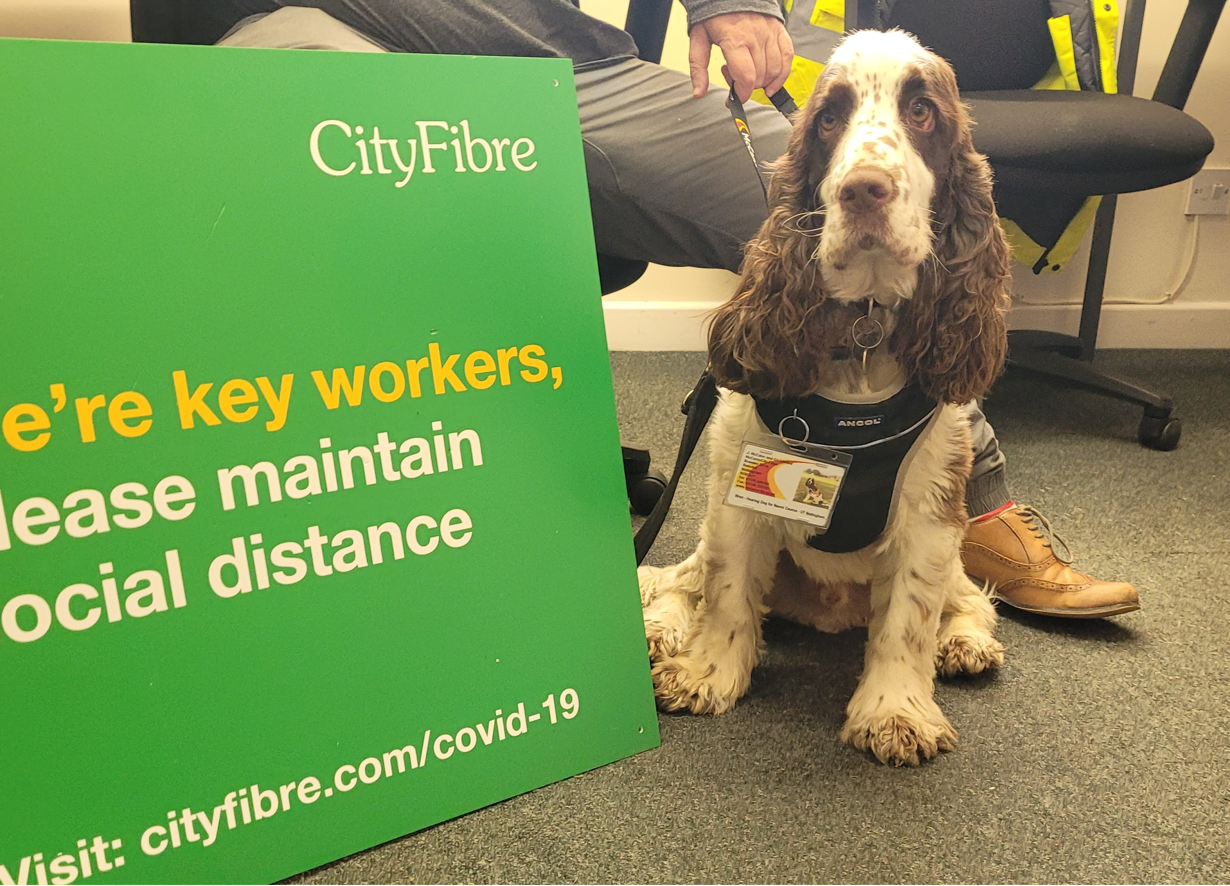