One Nottinghamshire school recently received a generous donation of high-visibility vests from our team as part of a new initiative to keep children safe during their commute to and from school.

We recently began reaching out to schools within close proximity to our projects to see if they would like to receive a donation of high visibility PPE for their pupils.

The idea behind the initiative is to make children more visible during their commute to and from school – particularly during the winter months when they are less visible to passing traffic.

St Peter’s C of E Primary Academy in Mansfield, Nottinghamshire, was keen to learn more about the initiative after being contacted by our team – who are currently completing works as part of the Lindhurst LEP Road Project for Principal Contractor, Balfour Beatty.

Our Contracts Manager, Richard Kaye, understands the potential dangers pedestrians face when walking along dark roads and sees the idea as a great way of helping to keep children safe.

“Children are taught from a very young age about how to safely cross roads through initiatives such as the Green Cross Code, but walking to and from school in dark or poorly lit conditions can be dangerous,”

“While there’s always a responsibility for road users to be mindful of children at the roadside, particularly when driving in poor weather conditions or during the darker winter months, sadly accidents still happen – so there’s always more that can be done to protect children,”

“Our team often works in dark and dangerous environments, relying on high visibility clothing to keep us illuminated to passing traffic and machinery, so we appreciate just how important visibility is when keeping people safe at the roadside,” he adds.

“Through this initiative, and by linking up with schools, we want to make children more visible in order to keep them as safe as we possibly can,” he adds. “As soon as we spoke to the staff at St Peter’s, it was clear that they were fully behind the initiative and what we were trying to achieve,”

He continues, “The children have been really receptive to the idea – which is great – and for us it’s satisfying to know that our PPE will now play a crucial role in helping to keep local children safe during their morning and evening commute.” 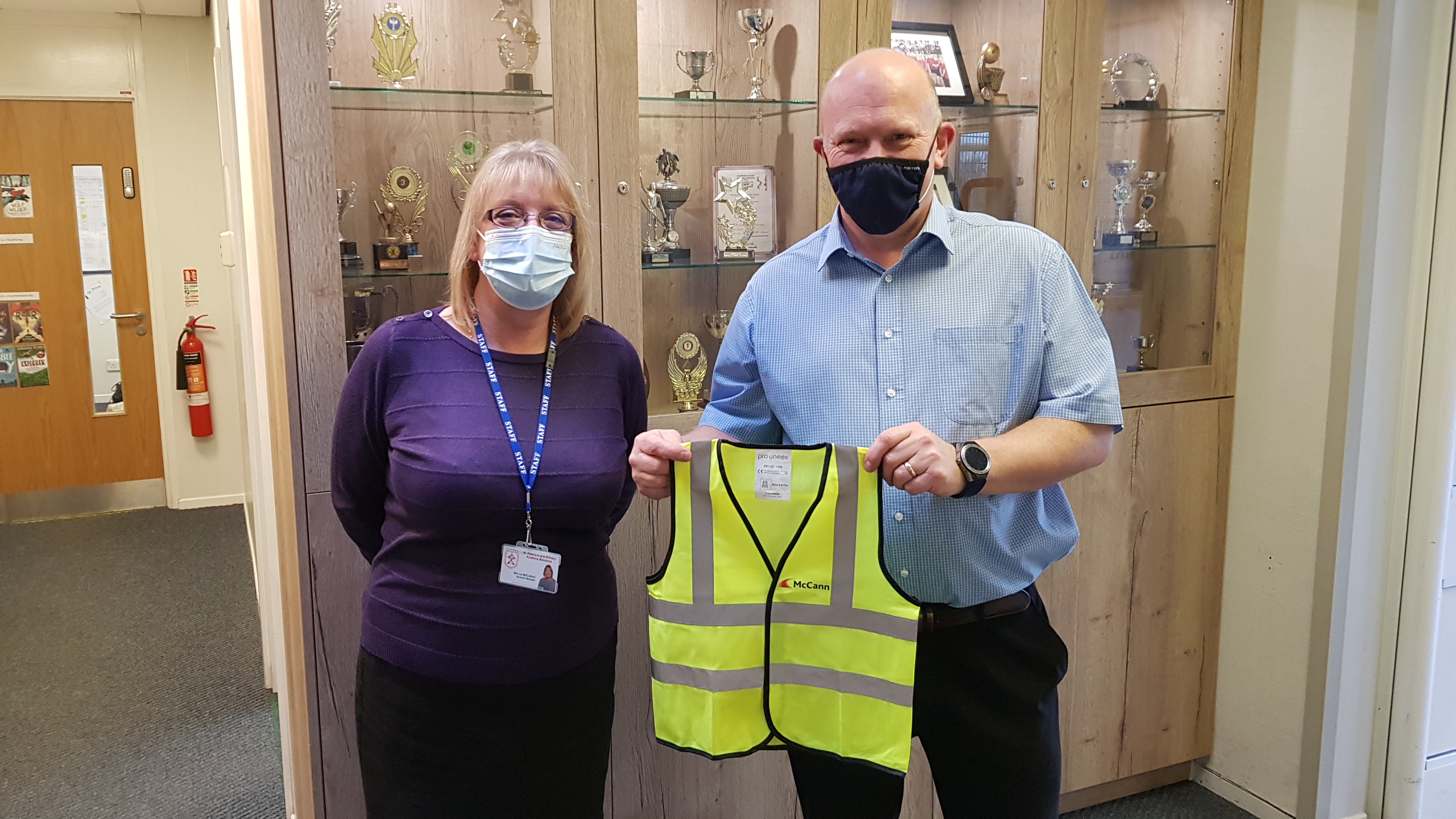