We’re delighted to announce that we have been named as a finalist in the 2020 Highways England Awards after Project Supervisor Keith Scott was shortlisted in the ‘Home Safe and Well Champion’ category.

The annual award ceremony is hosted by Highways England – the government-run organisation responsible for operating, maintaining and improving England’s motorways and major A roads. The event recognises people within the company and its supply chain achieving outstanding results in the safety, customer experience and delivery of its wider network.

Highways England chooses winners that “reflect the very best in our sector and demonstrate the highest standards in our industry.”

Our Project Supervisor Keith Scott has been named as a finalist for the ‘Home Safe and Well Champion’ category and will go up against fellow finalists from Costain Ltd and Balfour Beatty Vinci Joint Ventures.

Speaking about why Keith was put forward for the award, Managing Director John McCann said, “Keith is a fantastic ambassador for health and safety best practices on our highways. He epitomises our ethos and embodies our internal culture to make sure that all of our own workforce, as well as partners and suppliers, return home safe and well at the end of every day,”

John continues, “He goes above and beyond the call of duty, leading from the front to ensure that safety in the workplace is at the forefront of everyone’s minds. We are lucky to have him representing our business on a daily basis to keep workers and road users safe on the country’s highways.”

Keith is humble about the work he does on the UK’s highways and sees health and safety best practice as a given within his role – as it should be for anyone in his line of work.

“Health and safety is not a box ticking exercise,” explains Keith. “In my 30 years working on motorways and major roads I’ve seen people lose their fingers, break their legs – I’ve even seen people end up in wheelchairs,”

“People don’t get second chances on site and everyone deserves to go home at the end of the working day. If I see something that’s not right, I’m more than happy to go up to the person and stop them, challenge them and tell them where they’re going wrong so that I’ve rectified the situation before I leave them,”

“If I can stop a potential accident and make sure that the person or persons involved can go home safely, then that makes me incredibly happy and proud.”

Michael Nicholson, Project Manager at McCann, has seen first-hand how Keith interacts with people and it’s no surprise to him that he has been named as a finalist.

“Keith picks up on people’s behaviour, not just in relation to their physical wellbeing but also their mental wellbeing. If someone is going out on site and worrying about problems at home, he knows that they might not be able to do their job effectively – which could lead to them doing something that’s not safe,”

“Keith is quick to spot things and looks after people – whether that’s the team at McCann or our subcontractors and partners. He’s happy to stop the status quo, make people think about what they’re doing and suggest how they can do it differently. Because of that and the fact that Keith views everyone as being one collective team, it makes for a safer environment.”

Joe McGlynn has partnered with Keith on several projects while working for Galliford Try and has only ever found working with him a positive experience because of his approach to safety on any civil and electrical engineering project.

“Keith is proactive and always thinks ahead. He’s incredibly helpful and sees potential problems before they arise – explaining them to you so that you can find the best way to overcome challenges and complete a project. This forward-thinking approach ultimately saves lives and maintains on-site safety,”

“I’m not surprised that Keith has been nominated for the Home Safe and Well Champion award, he’s a shining example to the rest of the industry and myself and the team at Galliford Try wish him the very best of luck on the 30th April!” adds Joe. 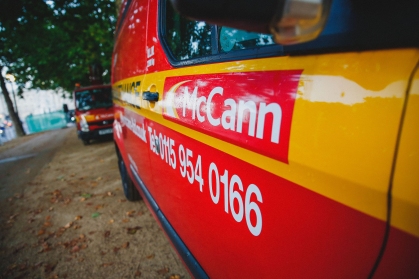