This month we are recognising the efforts of two of our operatives who showed care and concern for a distressed member of the public as she was travelling in her car with her young baby.

Site Supervisor, Chris Hunt and Electrician, Steve Hall have been awarded McCann’s Employee of the Month Award for going above and beyond to help a mother free a child’s stick-on sunshade from the window of her car.

In an email sent to McCann following the incident the mother shared her gratitude for Chris and Steve’s quick thinking in helping to remove the lodged sunshade, as well as the concern they showed for her 11 week-old baby.

She writes, “Today I was on my way to Barton in Lincolnshire for a funeral. I crossed the toll on the Humber Bridge and, being in a car I wasn’t used to, I pressed the wrong button for the window and opened the back passenger window instead of mine,”

“When I tried to put it back up I realised the stick-on sun shades had jammed the window open, leaving my 11 week old daughter sitting next to an open window in the wind,”

“When I got into Barton, I parked up in a side street and was wrestling to free the sunshades, but wasn’t having any luck. One of your workers called over to ask if I was okay and then came over to help me,”

She continues, “He then called over his colleague to help. They both took the inside panel off and got the shades out of the mechanism, making sure my window would still work after. All the while, one of the men was positioning himself so that the sun wasn’t shining into my baby’s eyes.,”

“At a time when I was feeling stressed and worried, your workers were so kind and thoughtful and I can’t thank them enough,”

“In the stress of the situation I didn’t get their names, but I wanted to email on the off chance that they could be found and informed of what a difference they had made and what an excellent representation they were of McCann.”

Speaking about the commendable actions of both Chris and Steve, John Drury, Contracts Manager at McCann said, ”We take great pride in the fact that our operatives not only work considerately and to a high standard while on site but that they’re also mindful of the safety and wellbeing of members of the public at all times,”

John continues, “Both Chris and Steve demonstrated great awareness and consideration for someone in distress – with the ability to think selflessly and quickly about how they could best help and support them. To remove the lodged sunshade and have the presence of mind to protect the baby from potential harm was truly amazing and on behalf of the whole McCann team, I’d like to congratulate them on their deserved Employee of the Month Awards.” 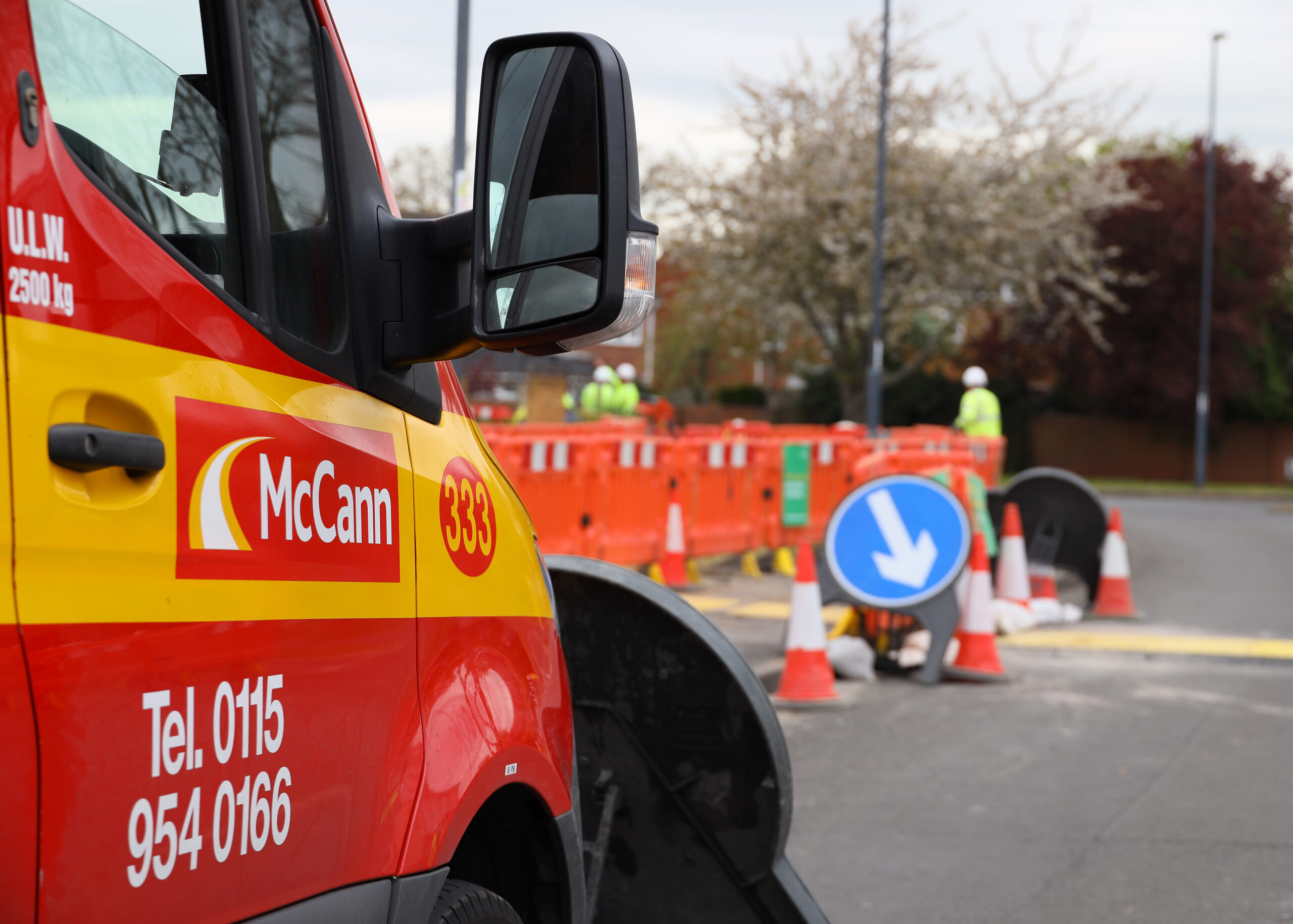