Our team has recently been recognised for introducing an industry-defining Genny and CAT training initiative on the M27 motorway upgrade scheme between J4 – J11, after the project was recently awarded a Blue Star Award by Highways England.

Collaborating with Bam Morgan Sindall Infrastructure Joint Venture (bmJV),  we have introduced a new way to significantly improve competence and confidence in the use of Cable Avoidance Tools (CAT), through a training exercise which focuses primarily on the use of the Signal Generator (Genny).

The effective use of Genny and CAT forms part of a safe system of work when conducting excavations – assisting operatives in the identification of both known and unknown services. Without detection, there is a risk of these services being struck and damaged during excavation – which not only poses a significant health and safety risk to those conducting the work, but can also cause disruption to local communities and incur significant costs to businesses both directly and indirectly.

As a result of the number of services strikes across the construction industry, we conducted investigations to discover how and why they commonly occur – with the aim of creating a meaningful solution.

Leading the research was our Project Health and Safety Manager Dave McPherson who, following initial discussions with operatives, quickly identified key indicators which at least partly explained why service strikes occurred and how they can be reduced.

“We found that in many scenarios, the way Genny and CAT was being used was incorrect – with a high percentage of CAT users either not using Signal Generators in accordance with manufacturer instructions or simply not using them at all,”

“Findings over a one-month period showed that roughly 60% of the workforce was using the equipment in ‘Passive Mode’ rather than ‘Active Mode’,” says Dave. “We also found that although 40% used the equipment in all three available modes, only 10% demonstrated full competency during operation,”

“When gathering feedback from individuals on their experiences of using the equipment, many reported that they either did not understand how to use the Genny or were still not confident when using it,”

Dave and the team then investigated the styles of training provided and gathered findings from site teams about the practicalities of their experiences.

“The majority of operatives reported that their training was roughly 90% theory-based, with only 10% of sessions at best providing any practical experience. The vast majority of operatives had only received the industry standard, half day training session – and reported that this did not give them confidence to use the equipment in real life situations.”

“Having attended several training sessions, myself with different providers in recent years, I found this was consistent with my own experience.”

“It quickly became clear that we needed to transform the way Genny and CAT training is conducted. Firstly, the training needed to highlight the importance of using a Signal Generator when detecting underground services – placing the emphasis on using the Genny first. Secondly, there was a need to provide a more ‘hands on’ training experience in order to improve practical skills and generate confidence in their application on site.”

“Through shifting the focus of training towards achieving practical competency, both the delivery and assessment process becomes more engaging and impactful. Ultimately, these changes are geared towards mitigating the risk of service strikes and increasing overall operative compliance and understanding – so it is therefore essential that the training imparts confidence in the use of potentially lifesaving equipment,”

Discussing these findings, bmJV suggested that its Hazard School could be used to accommodate a training programme. In the true sense of collaboration, Dave set to work with Darren Kent, Electrical Duty Holder for bmJV, to design and build a realistic training area; representative of the type of scenarios operatives commonly encounter on site.

“Running a pilot scheme enabled us to measure the training’s effectiveness, gain valuable feedback from operatives, and further develop the programme,” said Dave. “The feedback from the initial sessions was excellent, with participants reporting that it had completely changed the way they viewed and used the equipment,”

“We then realised that we had to maximise the effectiveness of the training and so engaged with Radiodetection, the leading manufacturers of Genny and CAT, to assist us in adjusting the design and build. I was truly amazed at how openly supportive the team at Radiodetection were and with their help, we were able to enhance the design and adapt the bespoke training area to ensure the programme had the best possible impact.”

Although originally just intended for McCann operatives, due to the success of the Pilot, both ourselves and bmJV began to look at practical solutions to achieve the ‘Genny first’ training for the whole project workforce on the M27 Smart Motorway Scheme.

“We only engaged previously trained users of Genny and CAT for our pilot scheme,” explains Dave. All participants reported a significant increase in confidence not only in the scope and application of the equipment, but also its limitations. Understanding the boundaries of the equipment’s effectiveness is an essential step in conducting safe excavations, allowing Genny and CAT users to have the confidence to stop work and seek assistance in complex scenarios,”

As a result of the positive impact of the pilot scheme and the recommendations put forward by McCann and bmJV, the M27 motorway upgrade scheme has been presented with a Highways England Blue Star Award – something Dave and the bmJV team are delighted about.

“It is incredibly rewarding to see our efforts noted with the presentation of the coveted Blue Star Award,” says Dave. “Our hope is that this new training scheme will not only raise the standard for Genny and CAT use on the M27 but influence positive change in the way training is approached across the construction industry as a whole! We’re always looking for new ways to innovate at McCann to improve productivity, safety and working conditions, and we’re delighted that this latest idea has received recognition at the highest level.”

Victor Johnson, Highways England’s Project Manager for the M27 motorway upgrade scheme, sees the Genny and CAT training innovation as a pivotal way to increase compliance among operatives, while reducing the risk of detrimental service strikes.

“The new immersive Genny and Cable Avoidance Tool (CAT) Training is phenomenal and I wholeheartedly support its rollout,” says Victor. “Using the CAT scanner is often insufficient and is known to miss out on detecting non-energised cables; the use of the Genny prior will increase the chances of finding more cables and making work areas safer before excavations commence.”

bmJV Project Director, Nigel Fulham said, “Everyday thousands of our Highways colleagues put themselves at risk when working in and around buried services. The highways industry has seen a number of significant incidents over the years and this new Genny first approach looks to enhance the training and competence of all colleagues involved in the locating and detecting of buried services. It gives our front-line teams better practical training in the use of the Genny and CAT and will boost their confidence in knowing how to best detect buried services. We are delighted to be collaborating with McCann’s for this objective, and look forward to working together to continue to improve the health and safety of everyone working on our projects.” 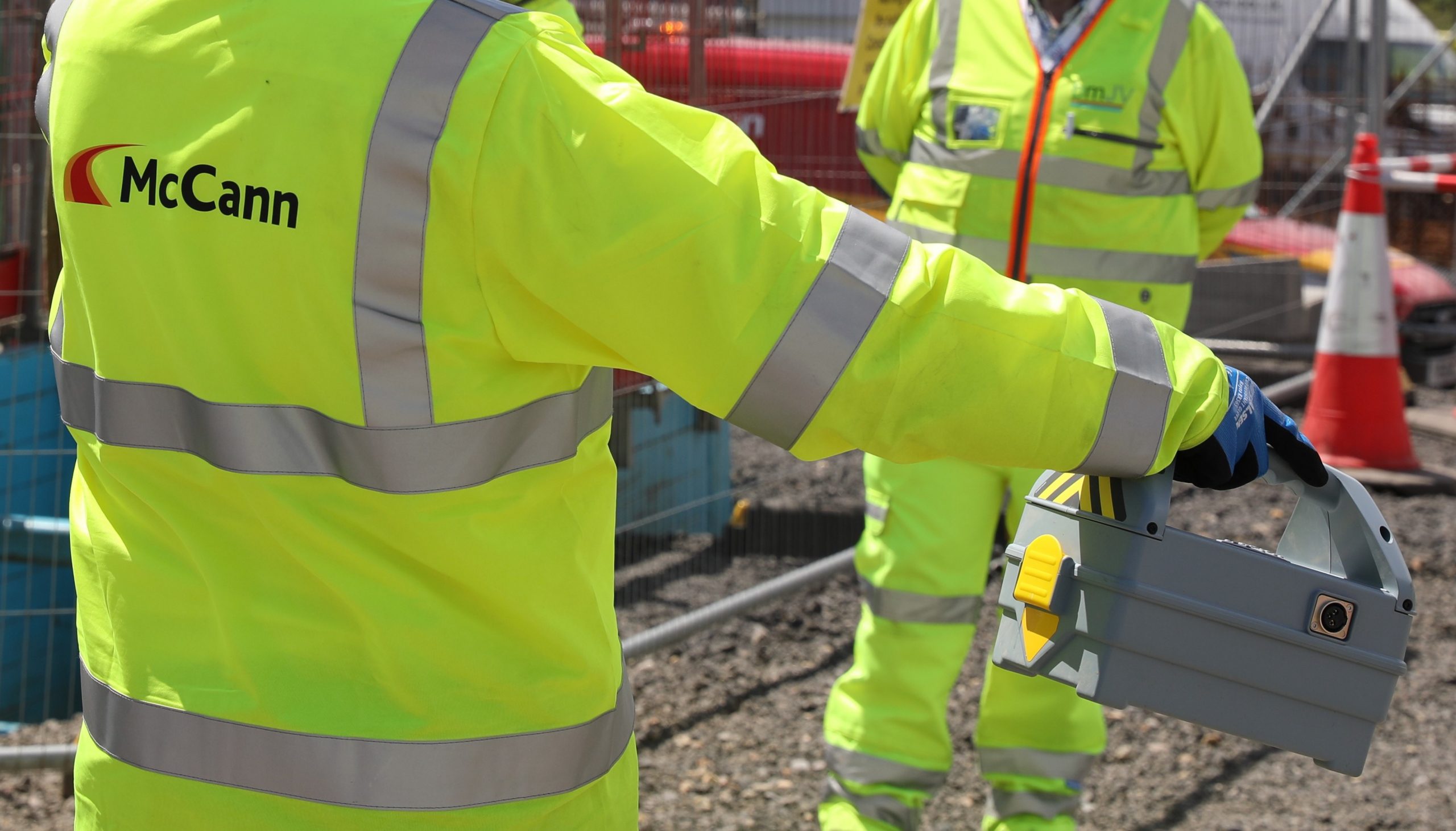