We’ve completed a hat trick of successive award wins after being announced as a winner for a third consecutive year at the impending RoSPA Health and Safety Awards for ensuring the safety of our staff and contractors.

We have achieved the Gold award in the prestigious annual scheme run by the Royal Society for the Prevention of Accidents (RoSPA).

The company will be presented with the award during a ceremony at the Hilton Birmingham Metropole hotel on Wednesday 4th July 2018 alongside a range of other award winners and in front of a packed audience.

Through the RoSPA Awards scheme, which is open to businesses and organisations of all types and sizes from across the UK and overseas, judges consider entrants’ overarching occupational health and safety management systems, including practices such as leadership and workforce involvement.

We were crowned with the same title in both 2016 and 2017, and this year’s win completes a hat trick of successive Gold awards. McCann has a strong internal ‘health and safety culture’ – which is reflected in the fact we have surpassed 2 million consecutive hours without reporting an incident and, kept our accident frequency rate (AFR) for RIDDOR reportable accidents at zero for over four and a half years.

Managing Director John McCann, is delighted to secure a third consecutive Gold Award from RoSPA and appreciates how difficult it can be to win such a prestigious accolade within the civil and electrical engineering sector: “To be credited with the RoSPA Gold Award for a third year running is testament to the hard work and high standards set across the company when it comes to health and safety,” said John.

From our head office team through to the guys out on the highways of the UK completing our range of projects, we take health and safety in the workplace very seriously and ensure that everything we do, at every stage, is 100% compliant to the best industry health and safety standards,” added John.

Julia Small, RoSPA’s head of qualifications, awards and events, said: “The RoSPA Awards are the most highly-respected in the health and safety arena, with almost 2,000 entrants every year, and allow organisations to prove excellence in the workplace, demonstrating a commitment to the wellbeing of not only employees but all those who interact with it.” 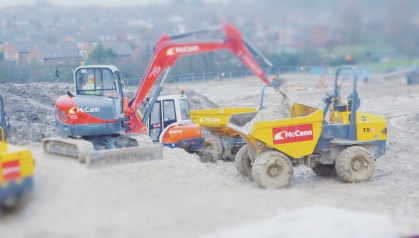